The new FIREFORCE album “Deathbringer” will be released today via Limb Music. It is available on CD and as digital download. CD and shirts can be purchased here. FIREFORCE play Combat Power Metal. Their best position at Amazon.de Power & True Metal Bestseller-Ranking is #16 and at Amazon.co.uk it is #25. 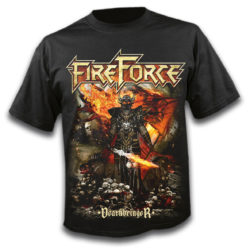 “Highland Charge” is the second video taken from FIREFORCE’s sophmore album “Deathbringer”! This song will be available as a free download on amazon.de, starting June 27th!
Be prepared to see FIREFORCE on a stage near you, or catch them on their tour with Mystic Prophecy and Crystal Tears in October! The album “Deathbringer” will be released on June 20th, 2014.

On Wednesday, June 25th, 2014, US Power Metal act JACK STARR’S BURNING STARR will release the “Sands Of Time” video clip. The song is taken from band’s latest studio album “Land Of The Dead”, which was released in 2011 on CD via Limb Music, and 2 years later on LP via Blood And Iron Records. The video clip, which was directed by Oliver Barth and produced by Bart Gabriel, will promote the band’s recently announced short European tour (see dates below).

On September 26, BURNING STARR will also appear at the 80’s In The Park Festival in Melbourne, Florida (USA), along with GREAT WHITE, ZEBRA, FASTER PUSSYCAT and others. The band is currently working on a new studio album titled “Stand Your Ground” with producer Bart Gabriel – who works with acts such as SACRED STEEL, MORTICIAN and SABATON – also produced BURNING STARR’s latest album “Land Of The Dead”.

For a limited time we are offering CD as well as T-Shirt and Zipper Jacket of the new ANCIENT BARDS album “A New Dawn Ending” for a special discounted price. The offer will end on 31. May 2014. Check it out at our webshop
www.forever-rock.de 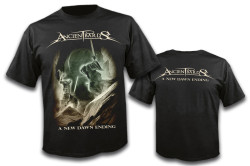 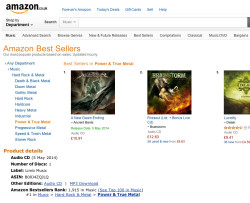 After the release of “March On” it was time to go one step further and the band is now, after inking a worldwide deal with the German label Limb Music, proud to announce their new album “Deathbringer”, which will be released on 20. June 2014.