“Memories Of Old would like to thank each and every one of you who has supported us on our journey so far. The response we have had from our first two single releases has been unreal! But there is still a long way to go before the album is completed and WE NEED YOUR HELP!!

We thank you endlessly in advance guys!”

Our hearts are broken and we had to come to terms with the news before posting anything: André Matos (ex VIPER, ex ANGRA, SHAMAN) passed away on June 8th at the age of 47 after suffering a heart attack.

Andre Matos (Official) posted:
„It is with deep regret that we confirmed André’s death this Saturday morning due to cardiac arrest. As many people know, he was an extremely reserved person – and he manifested in his life, more than once, the desire not to have a wake. Respecting his will, he will be cremated today (June 9th) with the presence of only his relatives. Thank you all for understanding and we count on you so that André’s memory and legacy will remain alive forever. Carry on.“

I worked with André for many years when I managed ANGRA back in the 90’s. André was a very happy, friendly and courteous person. It was a real pleasure and a lot of fun to work with him, he was a very talented singer, songwriter and pianist. The last time I met André was 2006 at Wacken, he was in perfect shape and very excited about his new project. Last year I was told that André was not in good condition. And a few days ago he played a good show with the reunited SHAMAN as support for Avantasia and also performed one song with Avantasia on stage. So I thought, wow he is back and it seems he feels better now. So I was even more shocked about the bad news.

My deepest condolences go to his family, bandmates and close friends. Rest In Peace my friend, I will miss you and never forget the good times we luckily could share. Like, for example, the gold disc award for 100.000 sold copies of the album “Angels Cry” in Japan pictured here. 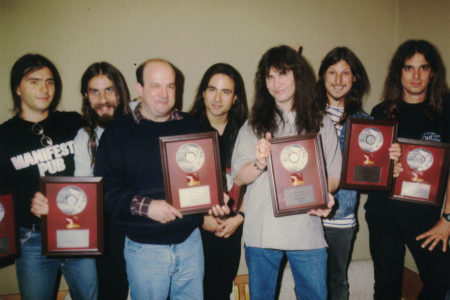 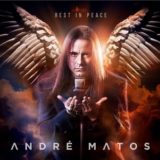 MEMORIES OF OLD are presenting “Zeras Shadow”. Almost 9 minutes of new Epic Symphonic Power Metal is coming your way THIS FRIDAY at 6pm CET along with a brand new lyric video!

We are proud to announce that the new UK Epic Symphonic Power Metal band MEMORIES OF OLD, featuring lead vocals from Tommy Johansson (SABATON, MAJESTICA) has signed a worldwide deal with us. The band is currently in the studio recording their debut album entitled “The Zeramin Game”, which is being produced by Alessio Garavello (A New Tomorrow, ex Power Quest) and is set to be released in late 2019!

Billy Jeffs, composer and guitarist says “I am really excited to be working with Limb Music! I’ve seen what this label has done for many of my favourite bands such as Rhapsody, Symphonity, Adagio and more! I can’t wait to see what the future holds for our collaboration!”.

The first single from the album is called “The Land Of Xia” and you can get a first glimpse of the band from the lyric video down below.