CRISTIANO FILIPPINI’S FLAMES OF HEAVEN – The Force Within

In dark times, epic music is needed to get people in a positive mood again. On the surface, “The Force Within” belongs to the genre of Epic Symphonic Power Metal, yet there is more behind Cristiano Filippini’s FLAMES OF HEAVEN than just trying to deliver a strong all-star album. This project brings together the most talented group of Italian metal musicians to deliver a creative powerhouse album. The ideas of composer, producer, and guitarist Cristiano Filippini have developed into a real spectacle, which will win over fans of the genre in no time.

Even though the genre is often called kitschy, “The Force Within” is anything but that. The production is superb, the compositions elaborated to the smallest detail. The melodies are catchy and the vocals with the expressive voice are brilliant. The guitar work is simply awesome. The album shows a band with great technical prowess and a versatility of switching between voluminous and razor sharp, delivering songs which take you on a great musical journey. It is interesting, by the way, that the orchestral parts are used very efficiently and at the same time discreetly, rounding off the pieces to perfection.

Find the streaming/download version on all your favourite platforms, including Spotify, Apple Music, amazon and more (click HERE for more info), or order the album HERE.

Lyrics for this song were pinned down by no other than our very own Billy Jeffs of MEMORIES OF OLD. 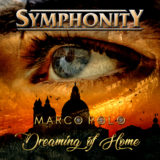 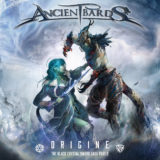 Vienna 2007. The Dragonslayer Project caused an uproar on the Austrian scene. What began simply as a project, quickly became an established band, playing numerous successful shows. Even established bands such as Axxis, Sonata Arctica, Serenity, Powerwolf and Paul Di’Anno relied on the band as an excellent support act. After changing the band name to DRAGONY in 2011, the band signed with Limb Music, and released the debut album “Legends” in 2012.

Six years later DRAGONY is now presenting their third studion album entitled “Masters Of The Multiverse”. Ten symphonic metal hammers, which cover the entire breadth of the genre from stamping riff monsters to high speed bombers to epic ballads. Not only is Sabaton guitarist Tommy Johansson featured on the album, but one is also treated to the vocals of Van Canto singer Ross Thompson and the German vocalist Nora Bendzko. 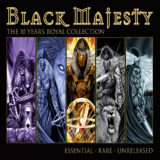