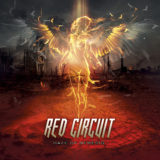 Nothing actually new can be expected in this genre, the guys of BURNING BLACK told themselves, you just need to do it better than the competition. And with „Remission Of Sin“ they have a particularly lucrative Ace up their sleeves, one which will immediately draw in not only the Euro-Traditionalists but also US power metal fans, as it is hovering between European and American influences and uniting the very best of the two. Excellent vocals and aggressive riffing is just as important to the band as the dressed-up-to-the-nines melody and rhythm parts, which are such recognizable parts of the BURNING BLACK sound. 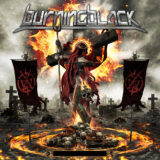 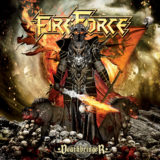 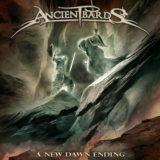 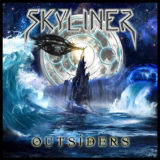 Even though it may seem so at first glance, „Back With A Vengeance“ by MASTERS OF DISGUISE is NOT copying the legendary past of Savage Grace, the speed metal legends whose name can still be seen on patches on the jackets of one in three metal fans. No, MASTERS OF DISGUISE fills the musical gap, which Savage Grace left behind them, and they do it brilliantly with incredible self-assurance. „Back With A Vengeance“ is a furious firework of speed and power, topped with a decent portion of melodies taking their talents to the musical limits.

Watch the full disturbing video „For Now And All Time (Knutson’s Return)“ down below! 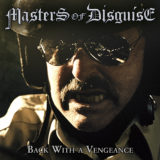 Re-release of this valuable part of heavy metal history! „Out Of The Darkness“ – the album of Jack Starr (ex-Virgin Steele) featuring Rhett Forrester of Riot – was one of the most influential metal albums of all time feat. Gary Driscoll (ex-Rainbow), Carl Canedy (The Rods), Garry Bordonaro (The Rods) and Ned Meloni (Burning Starr). 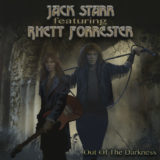