The super-catchy Zero Nine song called „Never Stop Runnin'“ can be found on the ‚White Lines‘ album. On this one the special quest is an original member from Zero Nine, guitarist Timo Käsmä who plays one hell of a solo on this tribute.
END_OF_DOCUMENT_TOKEN_TO_BE_REPLACED

„Out For Blood“ is a technically complex, finely interpreted Melodic Power metal album. From start to finish, the eleven songs impress the listener with the explosive guitar work and hugely powerful choruses with great unforgetability factors, which not even the Scandinavian kings of metal were able to write in their heyday. It’s positive metal power in every note! 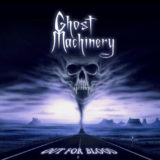