SANDSTONE – Purging The Past

With a mixture of Power, Progressive and Melodic Metal as well as various NWOBHM influences, the 12 songs on the album are catchy and impress you with classy songwriting and remind you a bit of Fates Warning, Iron Maiden and Queensryche. But SANDSTONE manages the almost impossible, creating a versatile, exciting and unique style. 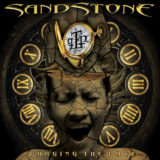