Ancient Bards, symphonic metallers from Italy, launched a Crowdfunding campaign for the release of their fourth album “ORIGINE – The Black Crystal Sword Saga Part 2” on Monday July 2nd and they met their goal in three days.

“The support we received from the very beginning of the campaign is so incredible we’re speechless. We knew we had many loyal fans ready to back us, but we would have never dreamed for them to be this generous and trusting. We’re extremely grateful!

Our first goal was set on 17.000€ and we reached 100% of the funding in 79 hours. The sum, after all the fees, is going to cover the recordings and the promotion of what it’s going to be our most ambitious project so far.

The album is called “ORIGINE – The Black Crystal Sword Saga Part 2” and, through this campaign, we are releasing an exclusive Deluxe Edition of it that will be available only for our backers.

The Black Crystal Sword Saga continues, join the Knighthood!
Ancient Bards, symphonic metallers from Italy, are launching a Crowdfunding campaign on Indiegogo for the release of their fourth album.

Join us on this epic adventure, join the Knighthood here.

“We’re psyched to announce that we’re launching a crowdfunding campaign on Indiegogo for the release of our fourth album. We’re set out to raise 17.000€ as a first goal to finish the recordings and the promotion of what it’s going to be our most ambitious project so far.

We’ve been silent for almost two years, because of some issues we encountered on our way. Even during our most difficult time, our fans never stopped showing their support so we want to properly repay them, and to do so we can’t come out with less than a great album. We decided to run a crowdfunding campaign because we want to release the album in the best possible way, with the finest package ever, amazing videos and more killer goodies: we do it for ourselves and for our fans, but we lack the resources to make the step forward we dreamed of.

Through this campaign we are releasing an exclusive Deluxe Edition which will be available only for our backers, it won’t be found in any store after the campaign is ended. The Deluxe Edition consists in a double feature Digipak: one CD with the regular album version, one CD with Sara singing over an especially re-arranged orchestral version that lets the symphonic elements of our music stand out.

We also want to build a community where like-minded people can get together, talk about music and feel part of something special, knowing they helped us realize our vision and share our art with the world. This is the purpose of what we call the Ancient Bards Knighthood, the Order of our most loyal fans. Every one of our backers will be dubbed Sir or Lady of the Ancient Bards.

Our first three releases (The Alliance Of The Kings – 2010, Soulless Child – 2011, A New Dawn Ending – 2014) together make up Part 1 of The Black Crystal Sword Saga. We left our fans in a bit of a cliffhanger at the end of our latest album, so we are happy to be able to share more of the story now. We think people are gonna be surprised by this new chapter, the beginning of Part 2!”

The Crowdfunding already started July 2nd and will continue until August 12th.

The ten songs on “A New Dawn Ending”, with over seventy minutes of playing time, are perfectly balanced, excellently performed symphonic epic metal with loads of feeling and variety. Their symphonic-epic Metal is cleanly prepared, superbly played and it is apparent that ANCIENT BARDS do their work not only with fun, but also with conviction. 2014 is going to be a really successful year for the Italian symphonic metal band, because with “A New Dawn Ending” they have a true ace up their communal sleeve. 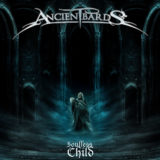 ANCIENT BARDS – The Alliance Of The Kings

“The Alliance Of The Kings” will make those very happy who love epic-melodic, classic arrangements, and appreciate a sound hovering between Nightwish, Rhapsody, Epica, and Delain. ANCIENT BARDS easily tackle that task with their versatile mix of Power Metal elements and old-school classic style, their songs brimming with zest and classy guitars. 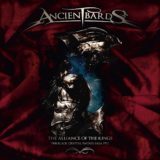