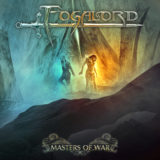 FOGALORD – A Legend To Believe In

„A Legend To Believe In“ comes alive through its hymn-like, epic songs. The orchestral sections of the album are fabulous and not at all intrusive, while the guitar work on all twelve tracks is of the highest standard. Fans of classical-speed, highly melodic Metal with impressive vocals will have no excuse to pass over this first class album. 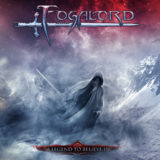