During 2020, the brothers Pietro Paolo and Giorgio Lunesu of Even Flow started a new collaboration with producer and keyboardist Bob Katsionis, resulting in the birth of WONDERS – a new band in the European Melodic Power Metal scene. 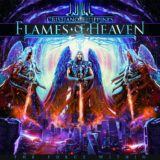